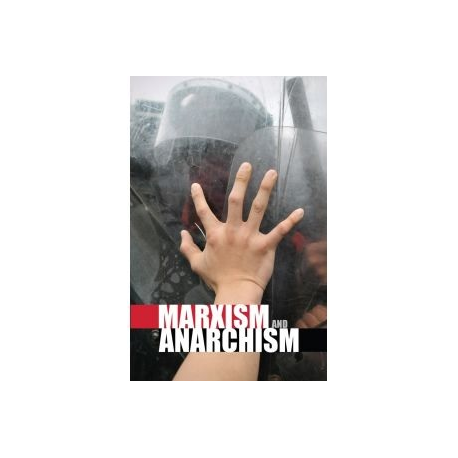 “The millions of people who have come out onto streets and squares around the world in recent years to oppose the policy of cuts and austerity do not trust politicians and trade union leaders. This shows a revolutionary instinct. Those who sneer at the movement as “merely spontaneous” display their ignorance of the essence of a revolution, which is precisely the direct intervention of the masses in politics. This spontaneity is an enormous strength—but at a certain point it will become a fatal weakness of the movement. Unless the movement is taken to a higher level, at a certain stage, it will subside, leaving the people disappointed and demoralised. Upon reflection of their experience, an increasing number of activists will come to see the need for a consistent revolutionary programme.”

The debate between Marxism and Anarchism is more than a century old. It is no accident that when the class struggle again boils to the surface this debate is revived. This collection of classic and contemporary writings helps to clarify the Marxist perspective on Anarchist theory and practice, and the need for a revolutionary party. Its publication marks an important step forward in the theoretical arming of a new generation of class fighters - in preparation for the momentous struggles ahead.

This volume includes classic essays by Engels, Lenin, Trotsky, Plekhanov, as well as contemporary analysis by Alan Woods, Phil Mitchinson and others, on an array of topics related to anarchism. Among them are: the Occupy movement; Marx vs Bakunin; Engels on authority; Michael Albert and Parecon; why Marxists oppose individual terrorism; direct action; anarcho-syndicalism; Kronstadt; the Makhno rebellion; the Spanish Revolution.